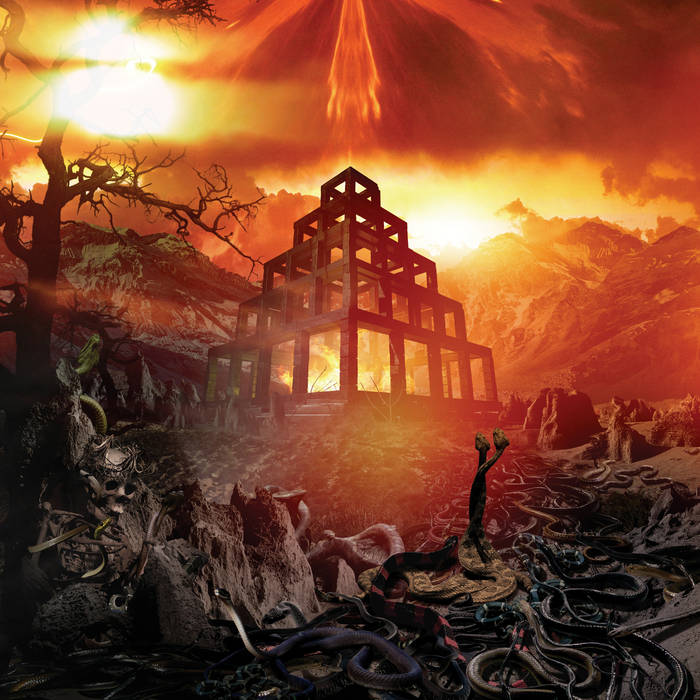 comaunite I've loved this album for so many years now. It is time I finally own it. The flow of it amazes me to this day. Truly one of the best records out there in the genre! Favorite track: Pyramid Of The Moon.

abnormal_listening_habits These guys seem to know what their doing. I hope they make it big someday. Favorite track: Solar Benediction.

ejf89 definitely, would love another album. maybe difficult to get these guys together. Favorite track: Pyramid Of The Moon.

Thomas Klæbo You can only trust in yourself and this record from Shrinebuilder. Awesome. Favorite track: Pyramid Of The Moon.

joshua townsend Epic sludge supergroup, if you like Neurosis/Sleep/Om/Melvins/St.Vitus, etc. You should definitely check this out! Favorite track: Pyramid Of The Moon.

"There are moments [as they are and as we configure them] strung together amidst all of our other moments of slow growing awareness, when the tectonic shifting of who we think we are gets overcome and overwhelmed by who we really are. And IF we are lucky, it happens without too much bloodshed.

It births, it dies, it lives without bloodshed for the rare and sainted few.

For the rest of us it happens to us [and not for us]. And it is accompanied by a quickening purpose and transcendent understanding of our goddamned place in space: we build our places of worship up on high for a reason, and SHRINEBUILDER -- created by Al Cisneros, Scott "Wino" Weinrich, Dale Crover and Scott Kelly - shares the season and the reason: because it is closer to the gods.

So it was that the calling was answered as simply as a phone call could have been and was made. Cisneros called Weinrich, Kelly, and later Crover and decided, in full-blown ex nihilo fashion to make some music beyond the summed parts of all what had been done before and in doing so rediscover why it had been done in the first place. Beyond the parts, beyond beyond, and here descriptors that you will read every OTHER place but that go without saying here...crushing, killing and heavy, heavy, heavy...seem somehow too much and not enough.

It is Wagnerian. It is Iommic. It is simply: SHRINEBUILDER.

Now Manson [Charles, not Marilyn] once said to us, "there are only two ways to get to the cross...you get dragged...or you go along."

And here, in the spirit of the contrary, is a third: SHRINEBUILDER.

Bandcamp Daily  your guide to the world of Bandcamp

Benji B talks about his new compilation ‘Deviation Classics’